Conversation has been active this past month at RNAnet and RNAfacebook. Topics have included:

A lot of this has entailed examining, from naturalist perspectives, aspects of “how things are” (how we might understand ourselves and our world). Some discussion also extended into the multi-faceted question of what to do with this understanding and how to put beliefs into practice.
One example of this is the draft of a booklet that Terry Findlay posted, “The Hopeful Mindset”, which discusses how, with a shift in focus from independence to interdependence, attitudes, values, and behaviors might shift to directions that can be more sustainable. We encourage anyone who might have created artwork or written RN-related essays on similar or other topics to let us know, and we’ll point members to them.
A related perspective comes from a book I recently read and recommend: “Faith in Nature: Environmentalism as Religious Quest” by Thomas R. Dunlap which, while mentioning Ursula’s work but not religious naturalists per se, looks at environmentalists as kindred spirits (in being “religious” in their concern for the natural environment, even though they may be hesitant to describe things in these terms.) Among many statements and discussions of topics that might register with religious naturalists, I’ll provide some sample quotes, where Dunlap says that:
“Religious traditions persisted in part because they offered people the chance to participate in a drama larger than their lives or even humanity. Christianity, to take an example close at hand, put everyday lives and everyday actions in the context of the ultimate battle of Good against Evil.” . . .
“In the early years environmentalism built its own still-incomplete myth, an abbreviated salvation history in which the crisis of the late 1960s constituted the ‘moment of revelation’ and Americans’ response foreshadowed a turn to repentance and the beginning of the passage to heaven. . . The Word had come, and preservation of earth’s ecological processes and the diversity of life became a sacred cause, saving the planet an ultimate Good, and the human destruction of natures’ processes Evil.”, where “preserving the earth’s life served as heaven, the environmental collapse if we failed to act, hell.”
This is interesting stuff, and related to aspects of what many of us consider. As religious naturalists embrace environmental concerns, and as environmentalists might be challenged to look at the basis of their concern and passion as being akin to something “religious”, there’s a lot of common ground from which to move forward together.
I’ll end with a poem by Robinson Jeffers. (As was mentioned in “Faith in Nature” as part of a discussion about how many romanticize nature, the Sierra Club used selected excerpts from this and other poems to highlight wonders of nature, while Jeffers and others confronted complexities and harshness in nature, and came away appreciative of what is.)
Todd Macalister
“Love that (not man apart from that)”
“Then what is the answer? – Not to be deluded by dreams.
To know that great civilizations have broken down into violence, and their tyrants come, many times before. When open violence appears, to avoid it with honor or choose the least ugly faction; these evils are essential. To keep one’s own integrity, be merciful and uncorrupted and not wish for evil; and not be duped By dreams of universal justice or happiness. These dreams will not be fulfilled. To know this, and know that however ugly the parts appear the whole remains beautiful. A severed hand Is an ugly thing and man dissevered from the earth and stars and his history… for contemplation or in fact… Often appears atrociously ugly. Integrity is wholeness, the greatest beauty is Organic wholeness, the wholeness of life and things, the divine beauty of the universe. Love that, not man apart from that, or else you will share man’s pitiful confusions, or drown in despair when his days darken.”- Robinson Jeffers 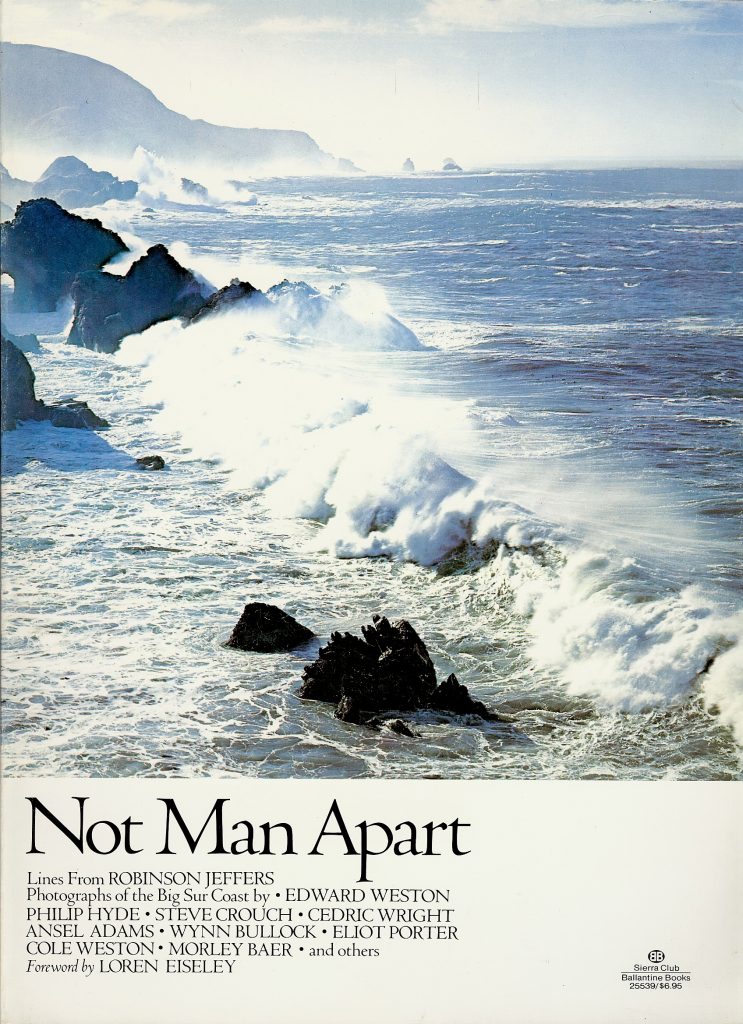