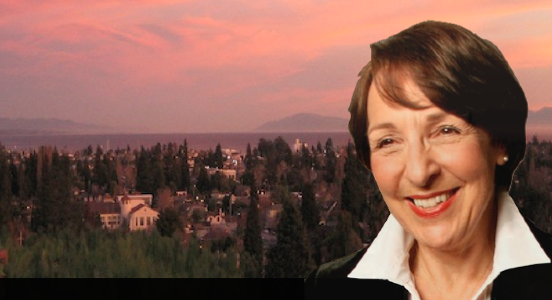 Nancy Ellen Abrams received her B.A. in the history and philosophy of science from the University of Chicago, her J.D. from the University of Michigan, and a diploma in international law from the Escuela Libre de Derecho in Mexico City. She was a Fulbright Scholar and a Woodrow Wilson Designate. She is a writer whose work has appeared in journals, newspapers, and magazines, such as The Bulletin of the Atomic Scientists, Environment, California Lawyer, and Science and Global Security.

Abrams has been intrigued by science’s border with myth since studying with Mircea Eliade at the University of Chicago. She works as a scholar to put the discoveries of modern cosmology into a cultural context and as a writer and artist to communicate their possible meanings at a deeper level. “Cosmology and Culture,” the course she and Primack developed and have co-taught since 1996 at the University of California, Santa Cruz, has received awards from both the Templeton Foundation and the American Council of Learned Societies. Abrams and Primack’s co-written articles have appeared in books and magazines including Science, Astronomy Now, Philosophy in Science, Science & Spirit, Spirituality and Health, and Tikkun.

Over the past ten years, they have given many invited talks on themes from The View from the Center of the Universe not only at universities but at planetariums, cultural centers, conferences, churches, and temples. Their talks are multimedia presentations, in which Joel presents new cosmological ideas and Nancy discusses their meaning and relevance, performs her own songs, and sometimes leads the audience in guided contemplations to help them visualize the ideas. In their attempt to bring science to the public, they have spoken at venues from the State of the World Forum in New York and the Senate Chamber of France to the North American Montessori Teachers Association and the Cornelia Street Cafe in New York.