Online discussions have been active this month. RNA Facebook has had some excellent postings, with links to some beautiful videos and articles and comments on some thought-provoking ideas. At RNAnet, C. Emerson Talmage has done a great job moderating our second book discussion – of Ursula’s book, The Sacred Depths of Nature. We’re now looking at chapters that examine sex, sexuality, multicellularity and death, and all are invited to share thoughts or listen in.

Given the rich conversation that has come from some recent RNAnet discussions, we decided to capture some of this and post it at a place where anyone who may be interested can take a look. The first example, on God and Metaphor, began with questions about why or how a naturalist might talk about such a thing as “god”, including responses to Nancy Abrams’ book. As ideas and objections were put forward, the conversation took an interesting shift – to how, in science, as well as in poetry, religion, and art, metaphor is used and may be needed to convey abstract ideas and is part of how we understand what may be real. If you’re interested, take a look at the “RNAnet Conversations” item, from the Resources area of the RNA website.

A related upcoming initiative, to be headed by Mark Hoelter and Andrew Brown, will be to capture and post some of what has been discussed by the Clergy Group.

To give an update on a request that was made last month, we received a number of photos and chose 3 to become part of the current version of the Home Page at RNA.org. So, thanks very much to Richard Dube, Randy Broussard, and JD Stillwater.

Finally, to note this point in the year, I just learned that “solstice”, comes from the Latin word, “solstitium”, which means “Sun stands still”. Apparently, as the sun tracks toward the north as days grow longer, it does this at different rates until, like the swing of a pendulum, the rate slows at the end and, for a week or so, rises and sets in the same places and at about the same times each day. Going back to metaphor, there might be one here – where, as the Sun stands still, we might take it as an opportunity to notice, and to be still a bit ourselves.

Enjoy the Summer. Or, if you’re in the South, enjoy the growing length of the days. 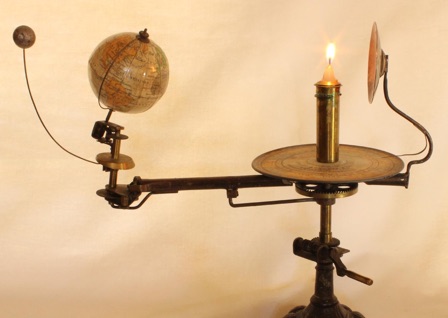