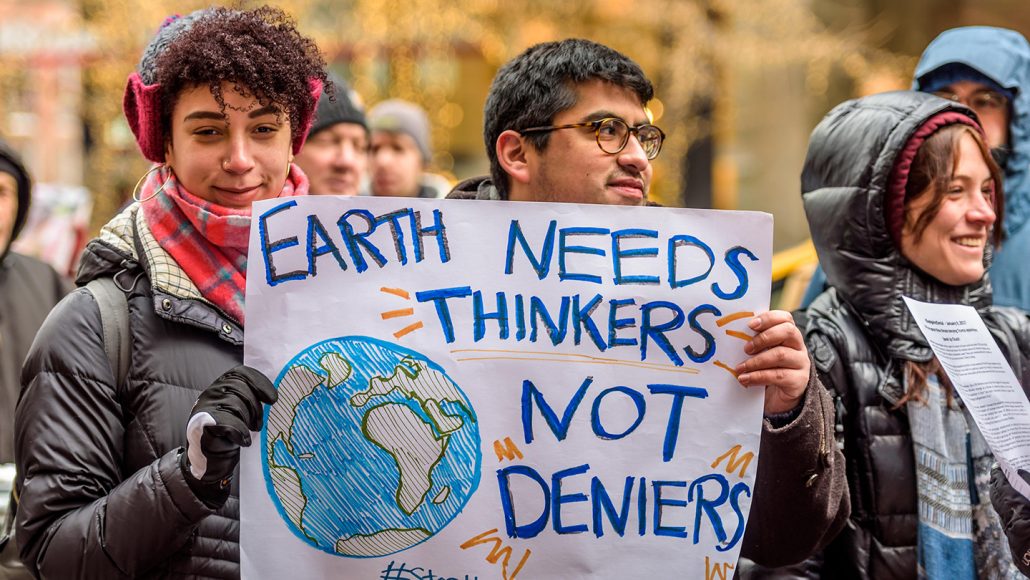 The heat in the northwest US, the flooding in Germany, the polar ice melts – it all triggered a most thoughtful thread in our RNAnet google group (to join, contact Michael Cavanaugh at RNAsecretary@aol.com).

Tony van der Mude posted a most lucid framing of the situation in the context of an RN orientation:

To heal the planet is an effort with many dimensions. We can’t all go into politics or economics, or start making carbon sequestering systems. I personally think that, as a religious organization, the RNA should best respond to climate change in terms of its religious aspects.

I have a suggestion: we can as a religious organization attack a major problem that holds humanity back from fully dealing with the problems. And this comes from our particular viewpoint as naturalists. A big stumbling block in the way of climate change is climate denial – denial that this change is caused by humans or even that  there is a change (the second position is getting harder to maintain). One fundamental precept for a naturalistic viewpoint is adherence to the truth.

The distortions that come from cognitive bias make it hard for people to admit that something is happening that does not fit their inclinations. These biases come from our emotions. You must be able to look around you and see what is, not blinded by your hopes, wishes and fears.

This also makes it hard to change another person’s viewpoint.

But that is one thing that we as Religious Naturalists can do that involves both our religious aspects and our naturalistic aspects. Find a way to incorporate a passionate search for the truth into a religious viewpoint that encompasses the other emotions and values that are part of the human psyche and the bedrock of religion.

This is not easy. Heaven knows I have had that problem in my life. To hold fast to the truth means giving up beliefs you hold dear but do not truly reflect reality. This is complicated by the fact that truth – at least scientific truth – is provisional, not     absolute, so you end up stumbling and making mistakes along the way.

One of my great heroes was Malcom X. What I admired in him was a basic honesty. He had a tortured path through life, but there came points at which he looked at himself and decided to change what he was doing and where he was going. I     celebrate him for making an honest effort to arrive at what is right and true, as best he could. I wish that more people were like him.

I think the best way that the RNA can help is not just to attack climate change, but to attack the spiritual and conceptual problems that got us here in the first place. I am not advocating that we convert the other religions to our way of viewing things in     everything, but what we can do is this: demand that every religious person acknowledge the reality of the natural world – that reality is out there whether you believe in it or not. And that a healthy religion is one that makes it possible for a  person to live in the real world as it actually is.

If we make progress in this, we can not only make a difference for climate change but for all of the other challenges that humanity and the earth will face as we move into the future.

The Star Island conference on Religious Naturalism was excellent, and motivates us more than ever to develop ways that we can connect in person with one another. Real hugs from previously-on-line-only friends are so very fulfilling.

With much love to you all —