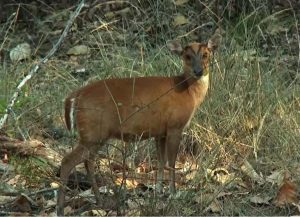 One recent conversation at RNAnet was about things that people might do – as part of a religious naturalist orientation.

We don’t need to do anything at all. But, since some look for ways to make a spiritual orientation more prominent in their lives, or to learn and grow, or to put values into action, it can be interesting to hear about what some of our fellow religious naturalists have said they do.

One theme that’s been discussed is that it’s not so much what is done, but the attitudes we may have as we act.

For example, as Michael Barrett discussed in an essay, mindful awareness may be part of how many religious naturalists engage with what they see. (Or, as was stated by Donald Braxton, “the cultivation of a scientifically informed mindfulness” can be seen as “a novel hybrid of meditation/introspection and empirical investigation.”)

Something similar is discussed in discussed in a 4-minute video in which Stephan Harding discusses the experience and attitude of “encounter” – as “really meeting something in a way that goes beyond one’s intellectual process”. As an example, he described coming across a mountjack deer in a woodland, where he and the deer both stopped and watched and looked into one another for a while.

Many practices are not this introspective. A number of options are discussed at a recently-updated version of the Practices page (plus sub-pages) at the RNA website.

We’re looking to expand these pages – as part of a resource for people who are exploring religious naturalism. Part of this will include a collection of quotes from religious naturalists – describing some of the things that they do. (An early sampling from this can be seen at the end of this newsletter.)

And, if you’d like to share a description of some of the things you may do (perhaps regularly, perhaps occasionally or once in a while), please send them on – to RNAsecretary@aol.com.

(These can be shown with, or without, a name attached.)

I’ll close by doing one of the things that I sometimes do – in providing a link to a song that fits with this theme – “It Ain’t What You Do (It’s the Way That You Do It)” – in a YouTube video with a room full of people dancing.

Some quotes from religious naturalists

Art is my way of loving the world as I pass through. Sharing, in partnership with you, experience that seems worthwhile. My work is poised somewhere between realism and inscape (yes that is a word). Witnessing and representing, from my own perspective as we create together. Raise a glass and drink to the big “U” (the Universe in you and me) as we experience life’s unfolding!

I practice mindfulness meditation and follow the teachings of Thich Nhat Hanh.

I walk through the Missouri woods and the organisms are everywhere, seen and unseen, flying about or pushing through the soil or rummaging under the leaves, adapting and reproducing.

I open my senses to them and we connect. . .

I see them as they are; I understand how they work.

Ursula Goodenough, from “The Sacred Depths of Nature”

Many surfers speak of surfing as “going to church” and refer to the sea as “Mother Ocean”. . .

[It] involves a sense of connection and belonging to nature in general and the sea in particular and produces concomitant reverence toward nature and a corresponding environmentalist ethic.

Equally critical for many soul surfers is the communion they feel with non-human creatures  . . . the earth, and even universe itself, as well as a perception that such connections are transformative and healing.

Bron Taylor, from “Surfing into Spirituality and a New, Aquatic Nature Religion”

I have put together a series of [music] mixes related to seasonal celebrations.

For the actual celebrations, however, I prefer live music made by the participants.

I’ve even written a few songs and chants to this purpose.

Two [practices] I regularly engage in are:

1.   Visiting the “Astronomy Picture of the Day” once a day and meditating upon it — just as Christians might do the same with a Daily Devotional.

2.   Walking in a natural area, trying to learn at least one new thing (which might be aesthetic, aural, kinesthetic, scientific, or compassionate.)

I’ve worked for years compiling . . . “Earth Songs” on my website . . . Many of the songs, including songbooks or albums, are activist or eco-oriented, but some have to do with religious naturalism. . . I also have a page of “Peace Songs”.

The practice of composting forces me to reflect on the nature of life and death, and the inter-connectedness and the interdependence of my life with other living creatures. . . . It is almost a kind of ceremony each time I spread a new batch of compost into my soil. I think of churches that celebrate communion. For me, the spreading of compost of which I have helped create is a form communion with the natural processes of earth that help sustain life.

Rituals of many types are appropriate for Religion of Nature. Examples are:

celebrations of the morning and evening;

rituals orienting to the four points of the compass, suggesting fealty to the whole of the earth and its creatures;

rituals recognizing the equinoxes and solstices;

rituals of rejoicing and those of mourning;

rituals of fasting and those of grateful communal eating and drinking;

rituals of confession, penance, and recommitment.

All such rituals can evoke and enact a sense of the mystery and wonder of an all-surrounding nature and of our place and responsibility as human beings within it.

Donald Crosby, from “More than Discourse”

The church at which I practice my RN wizardry begins its “year” every September with a Water Ceremony to which we all bring water from wherever we traveled during the summer.

How then can I be a good person? How can I live as one who is friendly, loving, caring, compassionate, curious, open to new possibilities, intelligent, and wise? . . . .

The answer is simple to state but more difficult to live:

In this state of consciousness called my sacred center, I have little need to acquire material things – only what I need for nourishment and life support. Being mindful of the ever changing succession of present moments, I can enjoy the richness of nature, human relationships, and my inner self. In a state of constant mindfulness I can live in peace and love in our wonderful evolving world – in the dance of the sacred.

Karl Peters, from “Dancing with the Sacred”

One of my “spiritual practices” is to keep a log I call “Evolution without ceasing”. I just make notes I think of, based usually on an actual observation, recording my wonder about the role of evolution in whatever I observe. This results in lots of “just so” stories, so I don’t take the log seriously. It is mostly for fun and to help me be more attentive to the world around me.

I have included as part of my Ethical Will for my children and grandchildren certain tenets of the RNA to help them understand my own beliefs and as a possible guide for their belief systems.

At age 69, I don’t have a big need for a weekly get together at a naturalistic gathering …

Instead, for me, I try to engage in at least 5 “practices” that support RN-ness:

2) donate openly (but modestly) to groups like Sierra Club and 350.org

3) search the internet periodically (about monthly) for different blogs that discuss religion, naturalism, ethical theories, humanistic programs AND try to express my sentiments by way of a few comments IF the blogs seem open to dialogue  … so that I add my RN voice to those dialogues

4) I try to garden weekly (yard, flowers, trees, not vegetable patches) and trips monthly or bi-monthly to nature sites (woods, parks, walks, some camping, some light non-motorized boating) for reflection

I over-do this at times … but the idea is, again, pass thoughts and ideas on to see where they go (ideas are physical, imo).

It isn’t a “practice” for me, but I periodically attend a UU church that one of my daughters attends in order to reflect but also to share thoughts … (I don’t do this very often because I tend to remain a bit reclusive on a personal level).

I need to re-read our website … and should make that a practice to do once a month or so.

Here are two important understandings of the processes and patterns observed in nature, and some actions that might follow from each.

An understanding of our existence in and dependence on nature can prompt actions in support for sustainable relationships with the environment:

·         support for political parties with concerns for environmental issues

·         establishment and protection of green spaces

Acting according to one’s emotional responses to an understanding of the processes and patterns observed in nature . . . include:

If I were a Hindu, I would probably follow the path of contemplation. What I seek, primarily, is the stimulation of wonder and insight, which for me calls for a lot of solitary reflection.

I live on the banks of a lovely river, offering me a sort of sanctuary where I occasionally find opportunities for what might be called, very loosely, worshipful meditation. There is nothing resembling ritual discipline in these reflective events: I merely sit and gaze, usually at the flickering flames of a campfire or the rippling patterns on the water. Once I become relaxed my mind spontaneously wanders into the realms of the very large and the very small. I consider the size and the age of the universe, the billions of galaxies drifting aimlessly apart, and the billions of stars in each galaxy. I consider the history of our own star, circled by careless obedient planets, and then the Earth, with its abundant materials continuously recycling themselves. . . How unlikely is it to find places like this, capable of generating and supporting life . . . How close can I get to comprehending the fact that trillions of lifeless molecules – each one a universe in itself – are generating the life I now feel. . . . How did such an event come to be? What if it hadn’t? How will it change things?

Loyal Rue, from “Naturalizing Religion” in the Routledge Handbook of Religious Naturalism