As Marilyn Brien mentioned in a memo posted at RNAnet,

On Saturday, March 31, The Southern Progressive Alliance for Exploring Religion will present Michael Dowd for two talks and a discussion on “Ecology as the Heart of Theology”. This will be held at the Link Centre, Tupelo, Mississippi, from 9 AM to 2 PM. More information can be seen at this link.

Marilyn said she’s “Hoping to connect with fellow RNers at this presentation.” So, if you’re in the area and would like to attend, contact Marilyn at brienrm@gmail.com.

Another RN-related talk will occur on April 22 at 1:30 PM, when Ursula will be the speaker at the Earth Day gathering at the Humanist Hub in Harvard Square in Cambridge, Massachusetts. Ursula would like get together after the talk to meet with RNA members and others. Details on this will be posted in the April newsletter.

Another piece of news is the recent publication of The Routledge Handbook of Religious Naturalism. This is a substantial book, with 34 chapters by a distinguished group of authors, a number of whom are RNA advisors or members, including Donald Crosby and Jerome Stone (who were the editors of the book and also wrote chapters), Whitney Bauman, Robert Corrington, Bruce Hannon, Michael S. Hogue, Thomas Norton-Smith, Jea Sophia Oh, Karl Peters, V. V. Raman, Loyal Rue, Dan Solomon, Eric Steinhart, Daniel Strain, Demian Wheeler, and Carol Wayne White. As part of this, “Chapter 26: Bringing Religious Naturalists Together Online” (written mainly by Ursula, with contributions by Michael and me) draws from what we’ve been up to here at RNA to discuss the option of online communities as a venue for religious activity.

Unfortunately, the book also has a substantial price tag (but is available in a somewhat more affordable e-Textbook version that is viewable on Kindle and other platforms). Over time, we’re hoping to post synopses or reviews of selected chapters. Titles for the seven sections in this book are listed below. The full table of contents and a few samples can be seen via “Look Inside” at the Amazon page for this book.

In closing, I’m attaching a link to a song – an a capella version of the classic, “Smile” (with a tune written by Charlie Chaplin and used in the film, Modern Times). 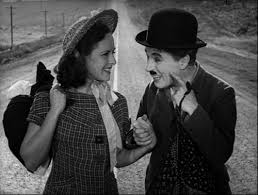 The Routledge Handbook of Religious Naturalism

Part I:        Varieties of Religious Naturalism and Its Relations to Other Outlooks

Part III:      Pantheism, Materialism, and the Value-Ladenness of Nature 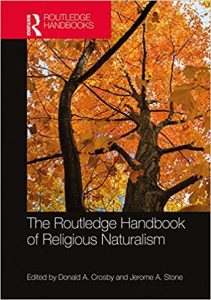